Elevator Control Systems of the Future

New “destination-based” control methods have been developed by elevator manufacturers. They are intended to speed up the dispatch of elevators in tall buildings that house multiple elevator cars. These new systems allow passengers to enter their destination floor by simply pressing the “up” or down button to summon an elevator. The system will then select the most efficient elevator car to take the passenger to the floor.

The entry device directs them to that car. Accessibility of both the input and output portions of these systems is essential for people with low vision or blindness. The person must be able to choose their destination floor independently from the entry device. All output must be communicated in easy-to-understand language and visually accessible for people with low vision. Check out these lift part suppliers!

AccessWorld Solutions (AWS), the consulting arm of the American Foundation for the Blind (AFB), was hired by Otis Elevator Company to ensure accessibility and usability for its destination-based elevator control system for passengers with disabilities. Otis is the largest manufacturer of moving walkways and escalators in the world. In 1853, Elisha Graves Otis built the first safety elevator in Yonkers (New York). 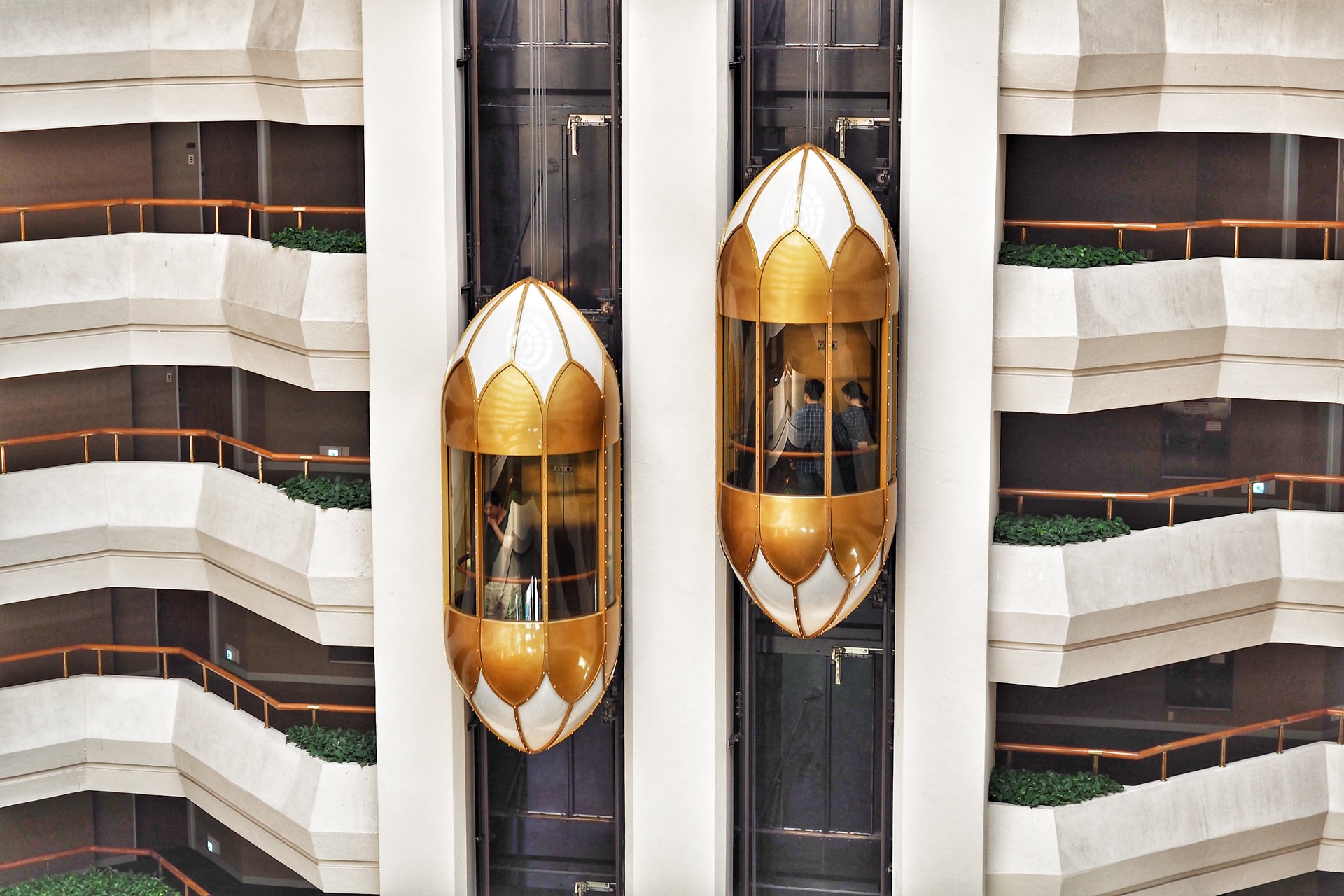 Otis created two new entry devices that passengers could use to call the elevators. The first is a keypad-style interface, which would be placed on the wall next to the elevator doors. This would be where the “up” and “down” buttons are normally located. Another kiosk-style touch screen interface could be installed elsewhere in the lobby. It could call the elevator as well as provide additional functionality such as a directory. The interior of the elevators will have the standard Open Door, Close Door, and various emergency buttons. However, it would not have the familiar grid of buttons that we use to direct an elevator.

Keypad interfaces have speech-output functionality. It was designed for people with low vision or blindness. It has a phone-style keypad that features 12 keys, arranged in the 3-by-4 grid. The buttons are large, 0.8-inch square, and are spaced 0.4 inches apart. They protrude 0.2 inches from the panel. The buttons’ shiny silver background and large black labels, measuring 0.7 inches in diameter, contrast well with them. To give a tactile indication, the labels have been etched into the buttons. The 5 key has a large nib for orientation.

The star key does not have any function, but the key that would normally be used for a pound key is marked with a dash or negative sign. This is used to enter negative numbers on floors below the main or ground level. To enable speech-output functionality, passengers with low vision or blindness can press the long horizontal Accessibility Function Key below these buttons. The key measures 3.4 inches in width by 0.8 inches tall and is marked with an image of a person using a wheelchair, an international symbol for accessibility. The key also features three large nibs at the center, which are placed in a triangle to aid in tactile identification.

The speaker for the audio output is located directly above the keyboard. A small-screen visual display measures 3 inches by 2.3 inches in height and is situated above the speaker. The screen’s text and numbers are large. They range from 36 points to 1.3 inches high.

The system announces the car assigned to serve the 25th-floor and directs passengers orally to its location. It may say, for example, “Proceed towards Car E, to your left rear.” The display screen displays all spoken information in large font with arrows pointing in the general direction to the elevator. An in-car oral announcer, heard from the lobby, announces Car E’s arrival. The passenger enters the car and the doors close. When the car reaches the 25th floor, the oral announcer in-car says “Floor 25.”

The touch-screen interface is not intended to be accessible for passengers who are blind but it has visual characteristics that allow it to be used by people with low vision. The touch screen replaces mechanical buttons that can only be identified visually. Instead, it is a flat-panel LCD panel with images of buttons that must be found visually. Passengers simply press the area on the panel that corresponds with the image of the button that they wish to activate.

The touch screen’s active area measures 6.3 inches high by 8.4 inches wide. It features contrast colors and large fonts that can display text from 24 to 72 points. The main screen features an image of a grid of pressure-sensitive buttons in a telephone-style layout that passengers can press to enter their destination floors. This layout is very similar to that of the keypad interface. It has large 72-point, dark blue numbers on white background.

This touch-screen interface works in the same way as the keypad interface. However, all feedback is visual and not oral. You can customize the touch-screen interface to fit your building. Quick buttons can be added for specific destinations such as the lobby or gym, restaurant, or observation deck. An optional directory button can be added to the touch-screen display. This allows passengers to select a building tenant from a drop-down list and enter their destination. A passenger could press the directory button to scroll through the list and choose the name of the doctor to be taken to Dr. Hassenfeffer’s office. 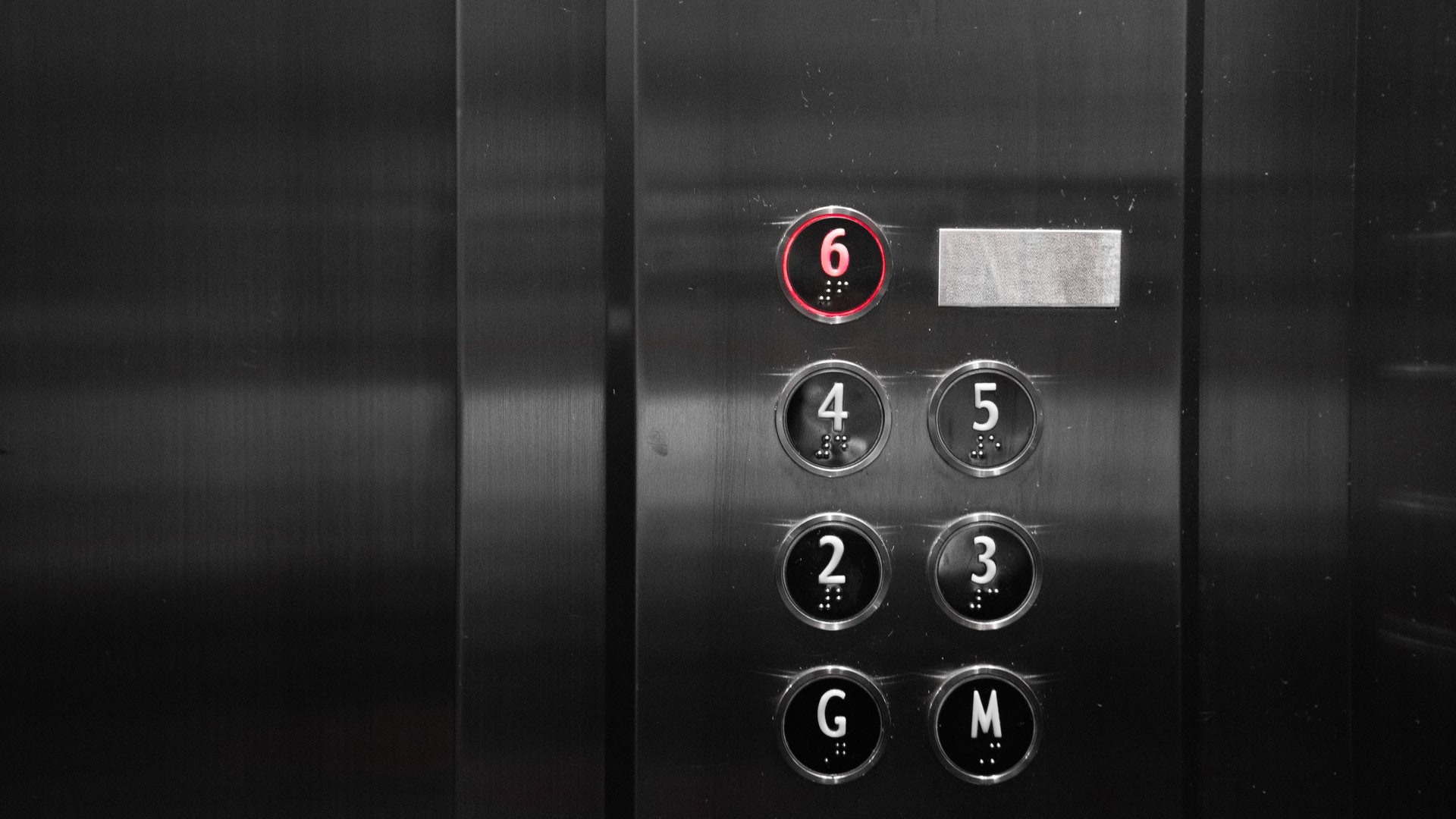 Otis engineers created this system to transport large numbers of passengers more quickly and efficiently to their destinations. They also wanted it to be as accessible as possible. Otis set out to solve this problem by creating a system that would not only meet the accessibility codes established by the American National Standards Institute but also be easy to use for passengers with disabilities. Otis spent many hours testing different scenarios and making trade-offs between performance and cost.

Otis hired consultants from AWS to help test the preliminary design and get feedback from users. AWS sent one blind accessibility expert and one vision impaired accessibility expert to the Otis testing facility in Bristol, Connecticut. They conducted a thorough review with the Otis design staff. AWS consultants were able to use the hardware to test multiple scenarios with a working elevator at the Otis test tower. To evaluate the system’s real-life utility and practicality, they tested many scenarios.

The keypad interface is easy to use and accessible. It provides clear directions and recorded human speech that can be used for oral output. The AWS consultants suggested some improvements that could be made to the keypad interface.

Users had 10 seconds to reach the destination floor when the Accessibility Function key button was pressed. Speech output was canceled after the system stopped timeout. Otis and AWS found that this time was too short for passengers who might need more time to locate the keypad, or someone with a mobility or dexterity impairment. Otis increased the time limit from 20 seconds to accommodate these passengers.

Passengers had 1.5 seconds to enter the second digit after entering the first digit in a two-digit destination floor number. If a person wanted to go to the 29th level and pressed the 2 key for more than 1.5 seconds, and then pressed the 9 key, the system would record the destination floor as being the 2nd floor and not the 29th. Otis increased this time to three seconds.

The system did not notice any pauses between multidirectional cues when directing passengers orally to the elevator car. It might string words left and back together to say “Proceed To Car E to the left rear.” Otis improved the system by inserting the appropriate pause so that the directions can be clearly understood.
A car that arrives to transport a passenger to a floor is required to announce its name. For example, “Car E” would be the car’s name. However, the AWS consultants recommended that the car also mention the floor it is serving. The AWS consultants suggested that passengers be notified by the system with a

These suggestions will be evaluated by Otis for future implementation.

The following are some other suggestions for improvements to the keypad interface: 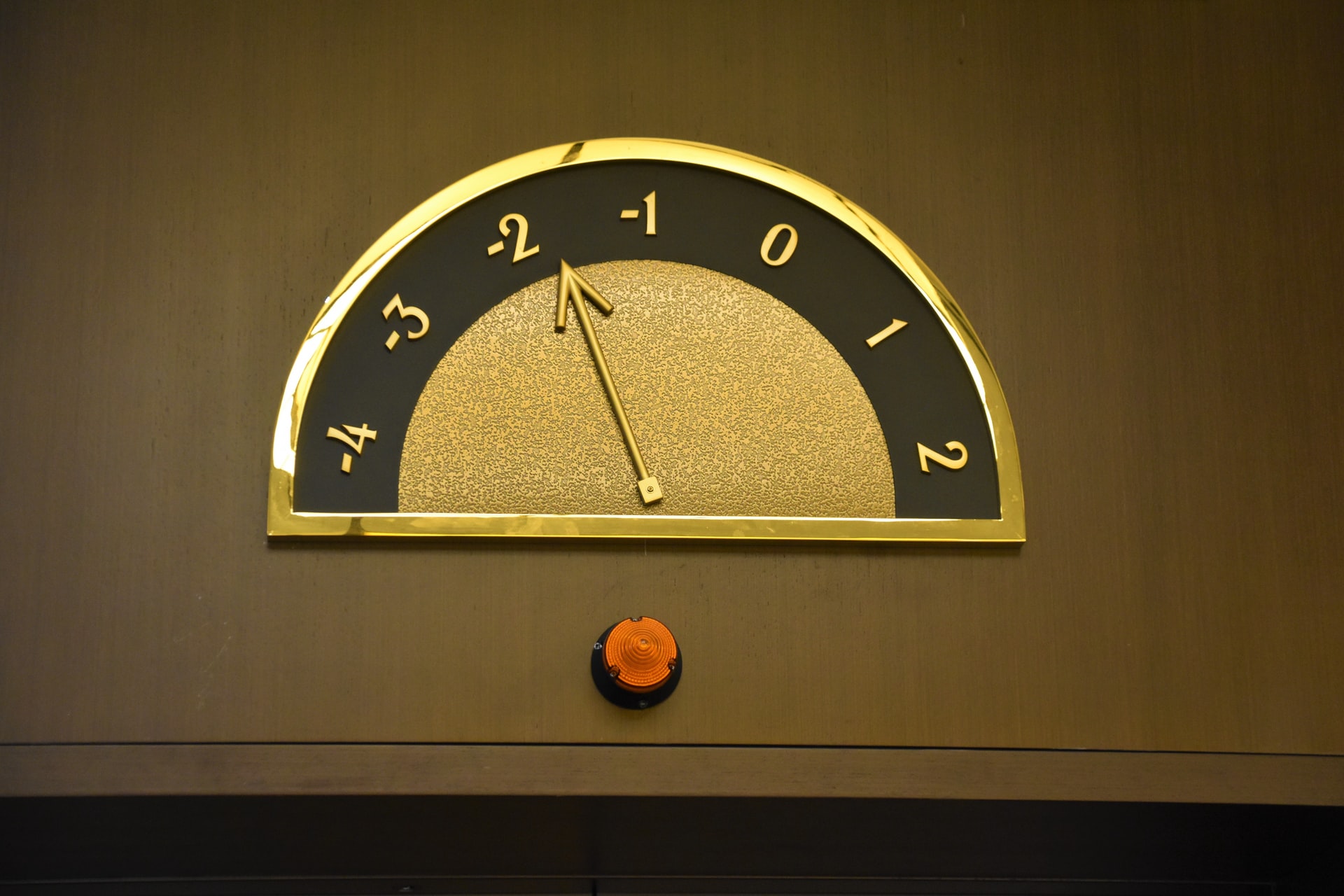 Although the consultant to AWS sighted did not find any problems with glare and lack of backlighting, he made the following recommendations for improving the visual properties of the touch screen display.

Although text and icons are well-contrast with the background, there were instances when this contrast could have been improved, particularly on the directory screens.

The touch-screen interface also has the same issues with time-out that were detected in the keypad interface.
AWS consultants recommended adding the “Select destination” instruction to the directory screen. They also suggested emphasizing visually the Select and Scroll buttons.

AWS suggested that the system should also beep to confirm that users have pressed the buttons on the main screen.

Although the touch screen is bright and has good contrast, the display uses a shadowed font which makes it less obvious. Although the shadow that borders the text and numerical characters may be small, it can greatly enhance the quality of contrast.

Because it was too close for another control, the directory button should have been made larger and moved slightly. It was just half an inch wide and one-eighth inch from the other control.

The keypad interface makes Otis’s destination-based elevator system for blind and low-vision passengers accessible. Some of the enhancements and tweaks mentioned in this article can improve the overall system’s usability.

If a person enters a building equipped with a destination-based security system and is not familiar with how it works, this could cause problems. The Otis keypad interface will confuse someone who was looking for the familiar control panel with “up” and “down” buttons.

A person in an elevator lobby of a destination-based elevator system would hear the familiar “ding”, followed by the sound that the doors are opening, and then he or she would not be able to find the buttons. AccessWorld Solutions recommended that the car’s interior be equipped with a Help button and a braille label.

This would send a message to passengers telling them to exit the elevator and to use the lobby keypad to access a destination floor.

This new scenario may seem confusing at first. It is not difficult to imagine the confusion that occurred decades ago when the human elevator operator became redundant and buttons were used to call and direct elevators. It took time for the public to adjust to the new system, as it will take time for passengers.